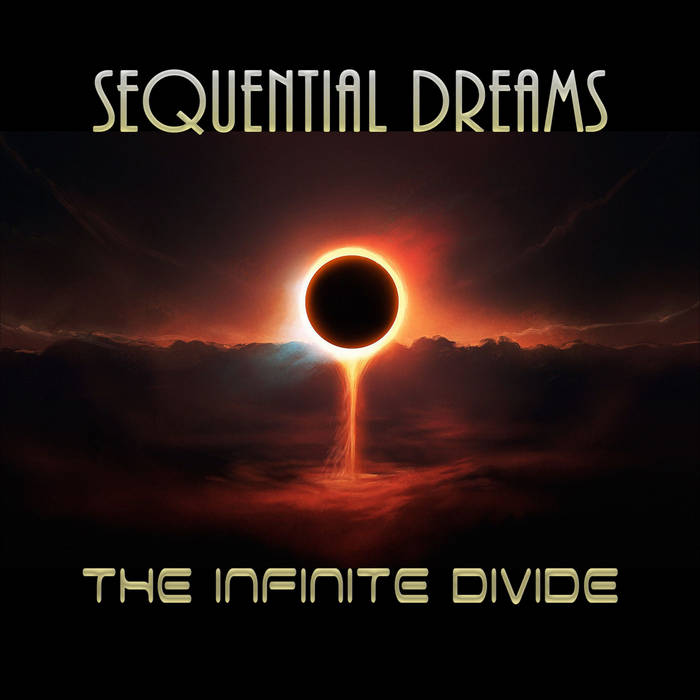 Music possibly best described as synthesizer-centric cinematic electronic rock as inspired by the Berlin-School genre as made popular by artists such as Tangerine Dream, and Klaus Schulze in the late 70s, 80s, and early 90s.

“The Infinite Divide” is Sequential Dream’s ninth album.
Whereas Sequential Dreams’ previous album “The Exodus Wave” had a markedly more rock orientation, this album dials more into the earlier influences of the Berlin School electronic music genre. Although guitars are still a part of the compositions, synthesizers and sequences were intended as the main instruments for this album.
This said, as with the theme of philosophical and metaphysical “Duality” hinted at by the album title, the music gradually transitions from the more synthesizer-centric sound to eventually incorporate some of the more electronic rock vibes for which Sequential Dreams albums is known for. So, in effect, the album has two personalities. One can be said to be more electronic in nature, and the other reaching for that blend of soft and harder instrumental electronic rock (a bit of Yin and Yang, Light and Dark so to speak).

Sequential Dreams would like to thank recurring featured guest musicians Chris Peare (a.k.a. “Synthesist”) for contributing the base track for track “A Geometry of Shadows”
and Arend Westra (a.k.a. “Eagle Synth”) who contributed the base track for “Breath of Life”. These tracks received additional synthesizers, guitars, and orchestration from album producer and mix-engineer Ron Charron (a.k.a. “Kuutana) who composed and performed all other tracks on the album.
Influences: Tangerine Dream, Babylon 5 (TV series), Blade Runner (Movie)

Borders Edge Records would like to specially thank Borders Edge Music subscribers for their on-going support of our music.

To learn more and to subscribe, please visit: bordersedge.bandcamp.com/subscribe