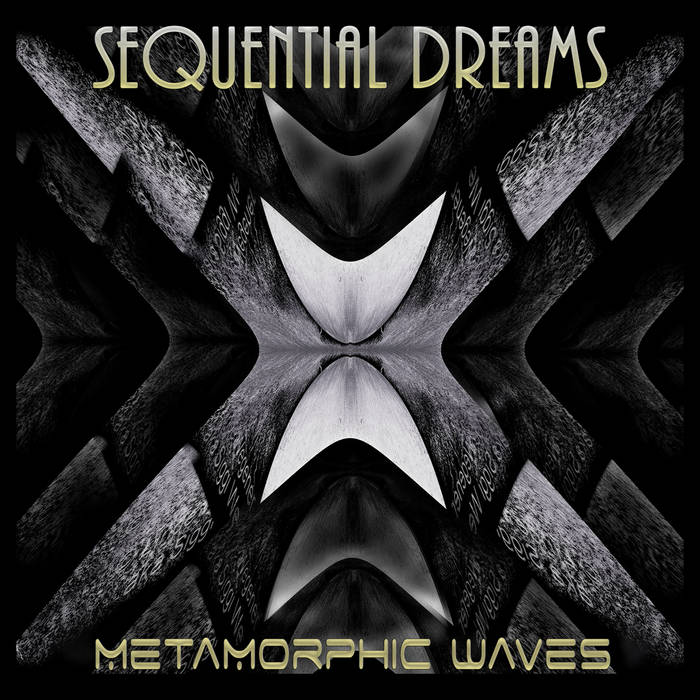 << Be prepared to be blown away by the latest Sequential Dreams release Metamorphic Waves, this release is highly recommended for lovers of space rock & Berlin School>>
Mick Garlick, Sequences Magazine #116
www.mixcloud.com/mickgarlick9/sequences-podcast-no-116/
(Listen to the first two tracks of this show online, from the Metamorphic Waves album)

ABOUT THIS ALBUM:
Classic Synthesizer and Sequencer instrumental music with shades of underlying prog rock in a Berlin-School influence base. A must for fans of the classic-era TD style music!


During the late 70s and early 80s, there was a time when the use of synthesizers helped to create a new kind of music. For some artists and bands, these new sounds were a way to widen the sonic palette as applied to styles such as progressive rock and also give birth to such styles as ambient and soundscape music. Certainly, synthesizers were adopted by many film score producers as a vehicle of choice for creating a rich musical backdrop to enhance the mood or drama in scenes. One such band, out of Germany, became a reference in this area. The band was called Tangerine Dream. Of course, the 80s turned into the 90s, and then the 2000’s and beyond. However those early days are when the synthesizer and sequencer driven music stood out so clearly from what have ever been produced before. Metamorphic Waves, this album, takes its influences from what some call the “classic age” of Synthesizer/Sequencer music.

The name of the album “Metamorphic Waves” alludes to a music that engages in morphic behaviour. Though there may be the appearance of repetition, which inevitably is a trait of sequencer-style music, the sequences travel through an ever-changing backdrop of soundscapes, vocalizations, pads, and drama enhancing effects.

Track titles, and the ordering of tracks and associated moods, find their influence in the album composer’s explorations of the writings of William Brinkley, in particular, his novel called “The Last Ship” written in 1988. The Last Ship tells the story of a United States Navy guided missile destroyer, the fictional USS Nathan James (DDG-80), on patrol in the Barents Sea during a brief, full-scale nuclear war between the United States and the Soviet Union. It details the ship's ensuing search for a new home for her crew.

Lovers of “space rock”, prog-rock, Berlin School electronic, and instrumental soundtrack musics should enjoy this album. This one is for you!

Learn more about this title at the official album homepage:
www.bordersedge.com/news/metamorphicwavesbysequentialdreams